The city has installed four solar arrays that provide cost savings to six city buildings. The arrays produce 240,000 kWh (kilowatt-hours) of energy or about 3.6% of the city government’s electricity needs. The arrays are located at: 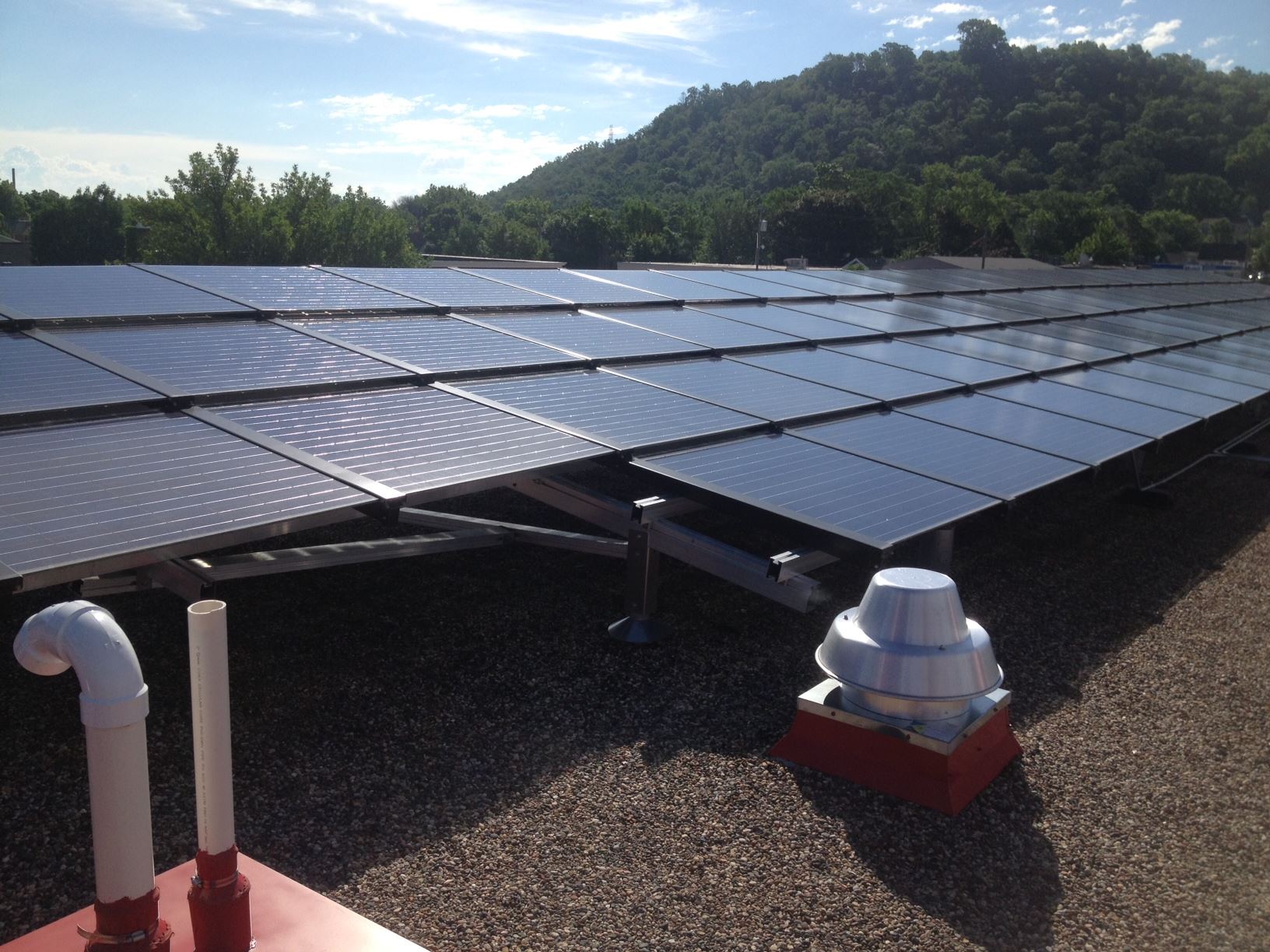 In 2016, the city entered into a solar subscription for 5.6 million kWh annually with a solar garden provider that will eventually supply all of the city government’s energy requirements and save the city an estimated $6.6 million over the course of the 25-year agreement. As of December 2019, 93% of the city’s total municipal electricity consumption comes from solar.

Other projects the city has completed to support the environment include:

The city currently offers an electric vehicle charger at the Third and Plum Street public parking lot. It’s in close proximity to the Highway 61 corridor, making it convenient for EV owners exploring downtown Red Wing as well as those in a quick charge while traveling Highway 61. A variety of local businesses and organizations, who see this as a tourism and PR opportunity, each contributed money to pay for the electricity.

MN GreenStep Cities is a voluntary challenge, assistance and recognition program that helps cities achieve their sustainability and quality-of-life goals. The program is based on 29 best practices. Red Wing has participated in the program since 2011 and achieved Step 5 recognition in 2019, the highest level a city can achieve.

In 2018, Red Wing earned a Minnesota Clean Energy Award for success in conservation, energy efficiency, and renewable energy generation programs. The city earned the award for teaming up with Xcel Energy to develop the “Green Wing Energy Action Plan” to help residents and business owners save energy while promoting renewable energy.

The City of Red Wing was awarded SolSmart Silver designation, which recognizes cities that have removed barriers to solar energy development.

In order to achieve the Silver designation, the city revised its solar permitting process. You can view the solar installation application on the city’s permitting page.