A Silver Anniversary of Color

Red Wing's hanging flower baskets are a seasonal favorite, but did you know the baskets started as boxes? The community experimented with metal flower boxes - a few of them remain at the corner of Plum and Third Streets - as a beautification project in 1989. The idea was to add living color as part of a major improvement project downtown.

But the concept quickly changed after Kiwanian and professional photographer Phil Revoir returned from a trip to the famous Victoria Gardens in British Columbia where he could see in his mind's eye large baskets adorning Red Wing's new light poles. His enthusiasm fired up director Henry Sorenson's imagination, and the Public Works Department leader turned to Bob Lewis of Sargent's Nursery, who designed the first of what became Red Wing's signature moss baskets.

City crews hung 24 baskets in the La Grange Park area in the spring of 1990. The response was overwhelming and demand for the baskets spread. There were 202 baskets in 1991, and Sargent's continues to supply the flowers every year. 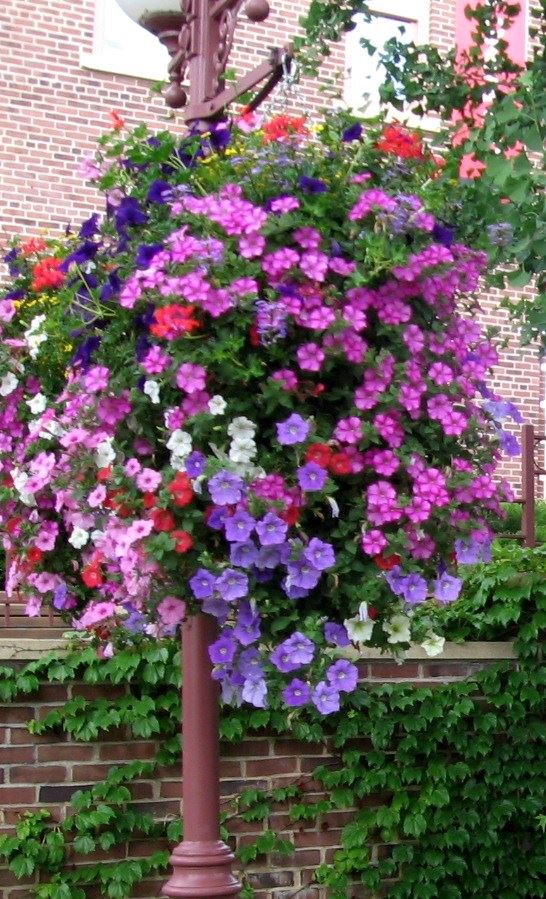 Noontime Kiwanis was the sponsor and fiscal agent from the start, with a 50/50% financial partnership with the City of Red Wing until 2004. Today, no tax dollars go toward flower basket expenses; Kiwanians have full responsibility for raising funds for everything from the seeds to the fertilizer and the seasonal City employees who water the baskets.