It has all the element of chance which belongs to gambling and yet no one is defrauded except the clam. - Frances Densmore.

Once freshwater clams were discovered in the Mississippi River at Muscatine, Iowa, the business of clamming spread quickly up and down the river. People hoped that the clam that they found would have valuable pearls. Such fortune happened to very few, and clamming was a difficult business.

Clams have been used for thousands of years. Native peoples used clam shells in their pottery. Larger shells could be used as dishes.

As an industry, clam beds were first fished in Red Wing in 1902. In the beds south of Red Wing to Lake Pepin, thirty-two species of clams could be harvested in the 1920s. The beds could be up to a mile long and three feet deep. Clams were harvested from small, flat-bottomed boats using clam bars or dredges with crowfoot hooks that would entice the clams to close around them. In a good bed, the hooks would fill in fifteen minutes. 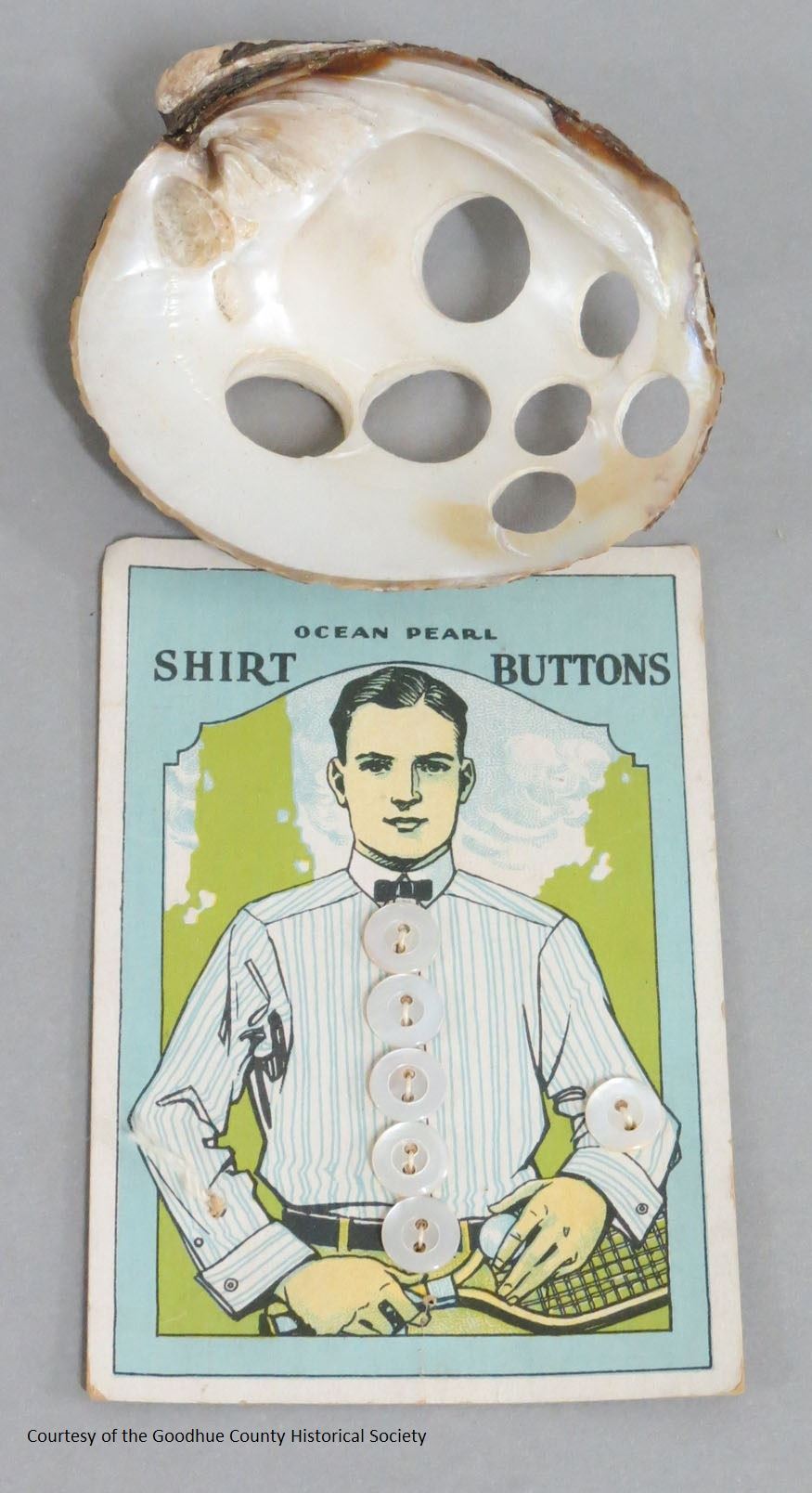 The best months for clamming were the summer months. Some people would move their families to the shore and set up their clamming business from tents along the beach. During this time, packet boats with groceries and other supplies would work up and down the beds, supplying the clammers who could not leave their clam beds to come to town. Some preferred the winter, though, and clammed through the ice using “shoulder” or “scissor” rakes.

Why were clams important? The shells were sold to buyers who had the shells drilled. The “blanks,” the drilled material, would become buttons for shirts and other clothing items. Some shells were used as jewelry. Clammers could receive $7.50 to $65 per ton for shells.

As plastics came into use and as clams began to be harder to find, the clamming and button industries declined.