Red Wing’s lime industry started at the base of Barns Bluff where, in 1853 Phineas Fish operated a makeshift kiln. He gathered limestone debris from the bluff and reduced it to lime. More distant Sorin’s Bluff didn’t get into the lime picture for another 25 years. Then it challenged Barn Bluff for supremacy in Minnesota’s lime center.

Quarrying ended around 1910, and activity on Sorin’s quieted until Red Wing civic leaders of the Women’s Community Association and Soldiers Memorial Association combined forces and started work on Memorial Park, a scenic Sorin’s Bluff retreat dedicated to soldiers of all wars.

They first raised money to buy 93 acres, then improved the quarry road to the summit. A parkway around the bluff top completed the first phase of the project. Veterans of the First World War made improvements to the park by clearing brush and planting trees. Red Wing dedicated Memorial Park in the fall of 1929, and over the years the city secured more land for the reserve. 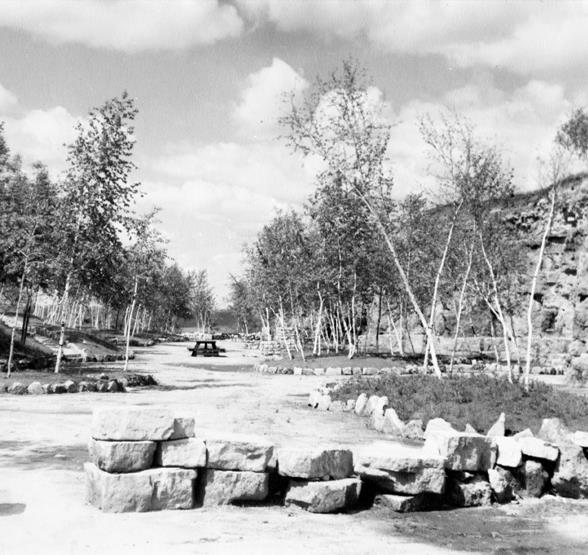