Barn Bluff, the City of Red Wing’s most famous landmark, began forming over a half billion years ago as part of the floor of a shallow inland sea; taking its current form as the result of raging glacial melt waters, which carved the Mississippi River Valley. Barn Bluff and its nearby neighbor, Sorin’s Bluff, withstood most of the powerful erosion and became islands in the river. 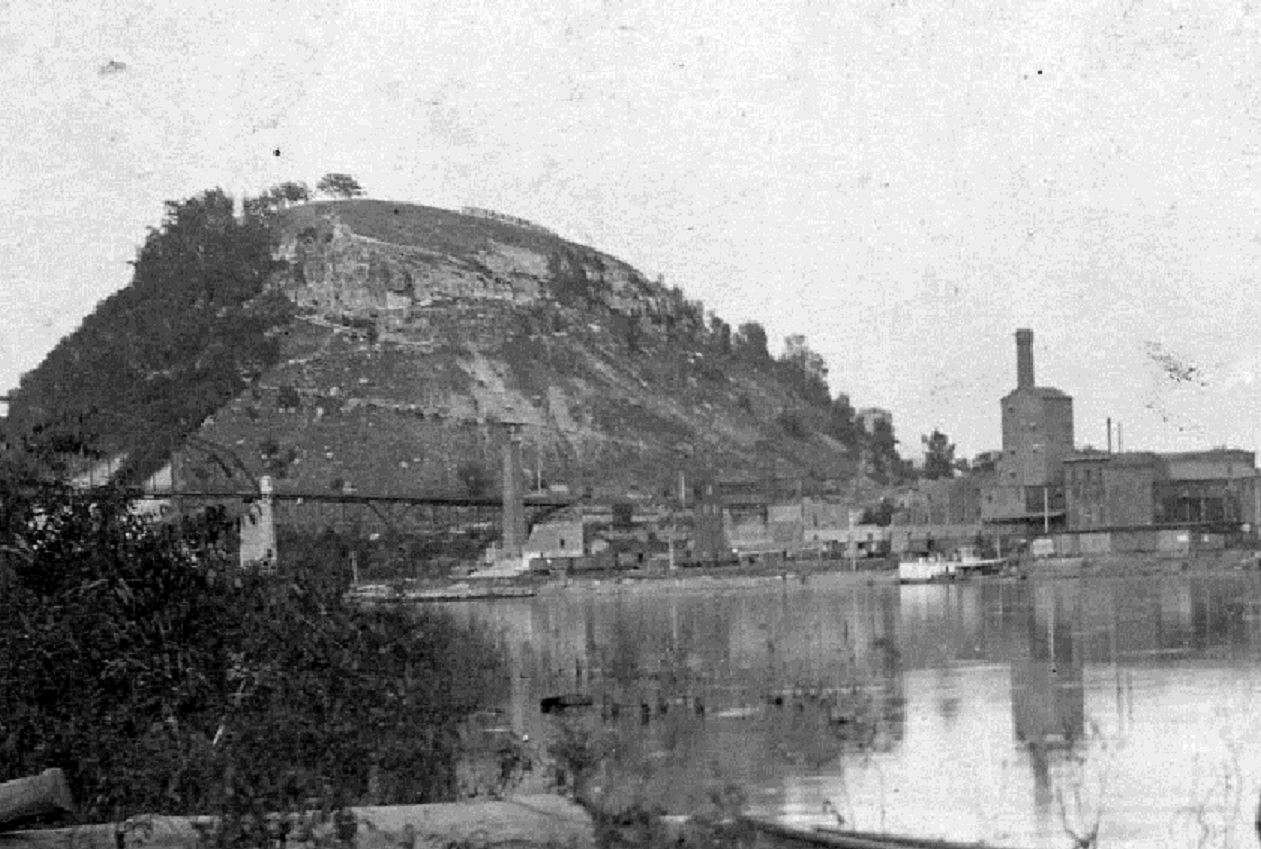 Prehistoric humans lived in the area and built burial mounds on top of the bluff. About 800 years ago, the Mississippian culture thrived in the Red Wing area and archeologists believe that the many sites in and around Red Wing served as a northern trading terminus.

Sometime around the year 1815, the Mdewakanton Dakota, led by Tatankamani (Walking Buffalo) also known as “Red Wing” by early Europeans and Americans, moved their camp to a place they called Khemnichan (Hill, Wood, Water) - close to Barn Bluff. The Mdewakanton used Barn Bluff as a lookout for approaching enemies and as a place of safety for women and children in time of war.

Red Wing’s early Euro-American settlers used the bluff as a lookout each spring in anticipation of the arrival of the first steamboat of the season. During the great immigration period of the 1850s’ to 1880s’, thousands disembarked at the base of Barn Bluff to begin a new life on the frontier.

From the mid 1800s’ to 1908, stone from Barn Bluff was used as a building material, rip-rap by the railroad, and for the production of lime. Although the stone industry was important to the local economy, residents protested the resulting defacing of the bluff and eventually saved Barn Bluff. Several abandoned quarries and the G.A. Carlson Lime Kiln (at the northeast corner of the bluff) remain as reminders of Red Wing’s limestone industry.